Why are there so many fledglings from Africa?  Two main reasons:

There are fewer quality business accelerators in Africa than in other regions of the world, and thus we receive more good applicants from Africa
The opportunities in Africa are enormous.  It’s the last place on Earth with 1 billion people growing from poverty to middle class.

What happens in a 4-day accelerator?  More than you can imagine…
The days are full of workshops, lectures, expert, conversations, with advice not only from the various speakers but also from fellow members of the cohort, as there are a dozen entrepreneurs in the room.

Above is a quick preview of what that all looks like.  And coming up soon, videos of the final stories from Demo Day.

In 2013, Samuel Rigu was looking for a new challenge. Having grown up in a rural Kenyan farming family, he knew that farms in his village depended on synthetic fertilizers. On a continent where land degradation has driven millions of people out of their villages and into cities, fertilizer is often a must for farmers. However, African farmers pay two-to-six times the average world price...

BURN designs, manufactures and distributes super fuel-efficient cooking products that save lives and forests in the developing world.  BURN has revolutionized the global cookstove sector by proving the business case for selling high-quality, locally manufactured and unsubsidized cookstoves.  Since 2013, BURN has sold more than 425,000 cookstoves in sub-Saharan Africa, which have helped two...

Eight new fledglings have started The Nature Accelerator, powered by Fledge at the University of Padova in Italy.   Central Park Bees Limited partners with smallholder farmers and beekeepers to strengthen their income through sustainable beekeeping by giving them access to free beekeeping training, equipment loans, extension services and guaranteed markets that offer competitive prices for...

Africa Business Radio is headed to Harvard.
Founder Soji Akinlabi has been invited to be a
Neiman Journalism Fellow for the upcoming school year
If you are based in or around Boston,
and would like to help create “The Bloomberg of Africa”
please contact us and we’ll connect you to Soji.

Back in 2016, Bill Gates said that if he were a poor person living in a developing country, he’d grow chickens.  Chickens can feed your family and chickens can make you a lot of money. Perhaps that hypothetical Poor Bill would figure out how to pay for the chicks, the feed, and the vaccines to grow those chickens.  Poor Bill might even be savvy enough to find a buyer for his first 500...

Soaring through 2017 2017 was an incredible year for Fledge. What once was a small outlier accelerator based only in Seattle is now a global network of accelerators and seed funds operating across three continents, on its way toward being a leader in the industry. That wasn’t in the plan written back in 2012, but as we teach the fledglings, all plans are wrong. What we don’t tell them...

Seven fledglings took to the stage on December 14, 2017.  Videos of all those talks will be posted on the Fledge YouTube channel.
Meanwhile, this video is a few highlights of that night’s events.

And don’t miss the behind the scenes view of “… everything changes more better” posted last week. 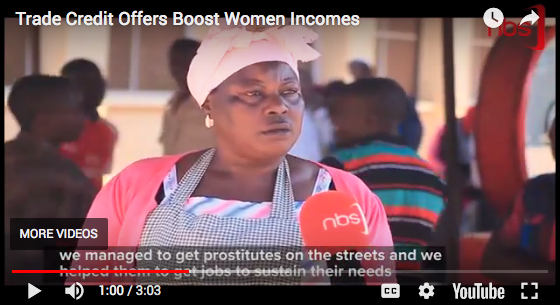 Geossy is helping women and youth in Uganda… by selling fish.