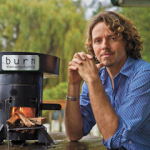 BURN Manufacturing has raised $4 million, and with those funds is moving forward on their vision to rid East Africa of the smoke of cook stoves, and in the process, save at least 100 million trees.

The U.S. Overseas Private Investment Corporation (OPIC) and General Electric have partnered provide this funding. This groundbreaking news was announced on January 31, 2013 by U.S. Secretary of State Clinton Hillary Clinton at a reception in Washington D.C. discussing private/public partnerships.

According to the press release:

“Clean cookstoves are a relatively simple technology capable of having a far-reaching, positive impact on both human health and the environment.  Thousands of people in East Africa will enjoy healthier lives thanks to this innovative project, the result of an outstanding partnership between BURN Manufacturing, GE  and OPIC,” said OPIC President and CEO Elizabeth Littlefield.

Deb Frodl, executive director of ecomagination, GE said, “According to the Global Alliance for Clean Cookstoves, nearly half the world’s population – three billion people – burn wood, dung and other biomass in open fires or rudimentary stoves as a source of heat and to prepare meals. We are proud to partner with BURN Manufacturing and OPIC to increase access to cleaner, more efficient cookstoves to help reduce environmental impact and improve the health of people around the world.”<

“This project is the culmination of my lifelong vision  – a vision that I share with Secretary Clinton and the UN Global Alliance for Clean Cookstoves – to reduce deforestation and indoor air pollution in the developing world,” said CEO and Founder Peter Scott. “Today, through this partnership, we have an incredible opportunity to help realize this vision by locally manufacturing millions of high quality cookstoves in East Africa. Over the next ten years alone, we will transform the lives of more than 10 million people by reducing annual household fuel costs by up to $250, reducing indoor air pollution by up to 90 percent, and reducing deforestation by preserving more than 100 million trees.”

In September 2010, Secretary Clinton announced the launch of the Global Alliance for Clean Cookstoves, a public-private partnership led by the United Nations Foundation.  OPIC has committed to provide up to $50 million to the Alliance, which seeks to enable 100 million households to adopt clean and efficient stoves and fuels by 2020. OPIC’s commitment is nearly half of the $114 million now pledged to the Alliance.

This funding builds upon BURN Design Lab’s $120,000 grant from the Washington Global Health Foundation in December 2012, which will be used to design a lower-priced cookstove, potentially growing the impact of the BURN Manufacturing efforts in East Africa.

The Opportunity is Africa is a new podcast bringing you stories from African entrepreneurs and investors, highlighting the many business opportunities that exist across the continent. Syndicated by the Africa Business Radio podcast network, a graduate of Fledge, as are the first five interviewees. Also check out Luni’s posts on the Energy, Opportunities, and Hurdles for Africa. You’ll...

Most of what we do at Fledge is invisible.  You can catch glimpses of the business planning and financial modeling at Demo Day, but the only visible changes we make are in the (re)branding. We re-branded Chabana Farms as Kalahari Honey, to make their newfound focus on honey explicit. God Cares Farm is now Oreeggs. Now their focus is clear too, and their name distinct. We found a name for our...