Back in 2016, Bill Gates said that if he were a poor person living in a developing country, he’d grow chickens.  Chickens can feed your family and chickens can make you a lot of money.

Perhaps that hypothetical Poor Bill would figure out how to pay for the chicks, the feed, and the vaccines to grow those chickens.  Poor Bill might even be savvy enough to find a buyer for his first 500 chickens.  Then 1,000.  Then 10,000.  Etc.

This is the premise behind Birdpreneur, a crowdpoultry company in Nigeria that solves both those issues: allowing middle class Nigerians to provide the poultry capital, providing that capital to smallholder poultry farmers who could grow those chickens, and provides access to buyers for the market-ready chickens.

As Michael said in Barcelona (watch the video), chickens can make you a lot of money.  How much money?  That we’re about to find out.

One pioneering American investor just wired $12,700 to Birdpreneur.  That is enough to raise 5,000 chickens.  We’ll update this post with pictures of the chicks when they arrive at the farm, and pictures of the chickens as they grow.  We’ll post the actual expenses as they accrue and the actual market prices when the chickens are sold.  The goal is to show quantitatively how much money can be earned growing chickens in Nigeria, inviting other investors to follow along.

And as chickens are eaten elsewhere, we’ll be doing this in other countries later in 2018, so that we can make “chicken to chicken” comparisons around the developing world. 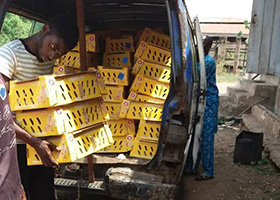 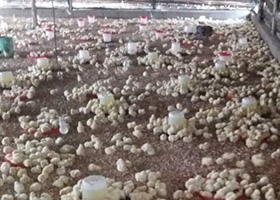 We’re also paying for labor and rent, plus vaccinations and chicken feed.  More details on those costs in the months ahead. 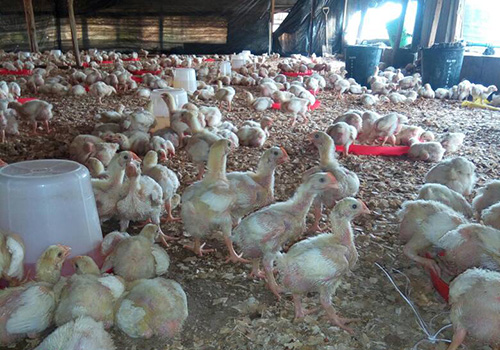 The rainy season is starting in Nigeria, which is the worst time to be a chicken. 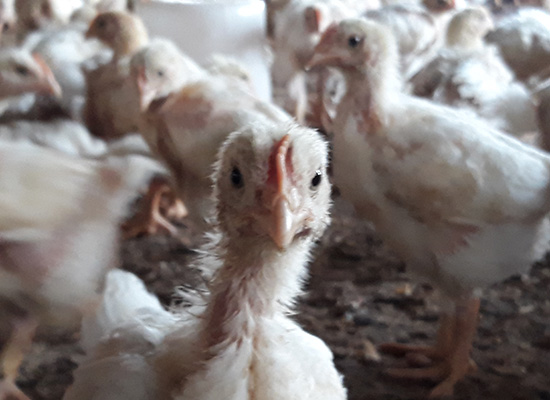 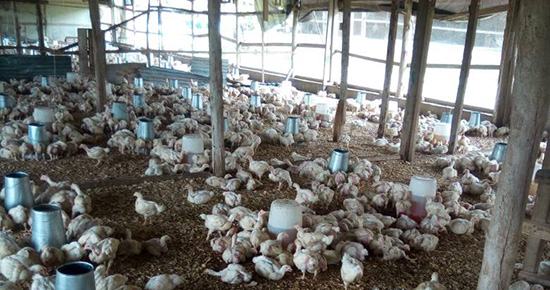 An infection swept through the flock and 100 of the chickens didn’t survive.  The rest are doing fine, continuing to grow like… chickens.  2% mortality is well within the expectations, but Birdpreneur knows how to hedge against mortality, and thus didn’t start with 5,000 chicks, but added an extra 200 to mitigate against loses.

Coming up on the end of Week 5.  No losses.  Bigger chickens.  Birdpreneur founder Michael Iyanro posted this short tour of the facility.

Light, fresh air, and space to walk around, all three are a whole lot better than the way nearly all chickens are raised in the United States and Europe.

Six weeks later, the chickens are ready for market. The final week had some issues with water supply, and from that the birds were a bit under the projected weight, but they were all purchased by the buyer/processor.

For those of us who live in the U.S. or elsewhere in the developed world, we don’t often see our meat go from chick to slaughtered chicken.  It’s a bit sad to see them go, but at the same time it’s a good feeling to know we’re helping feed Nigerians with healthy, once happy chickens. 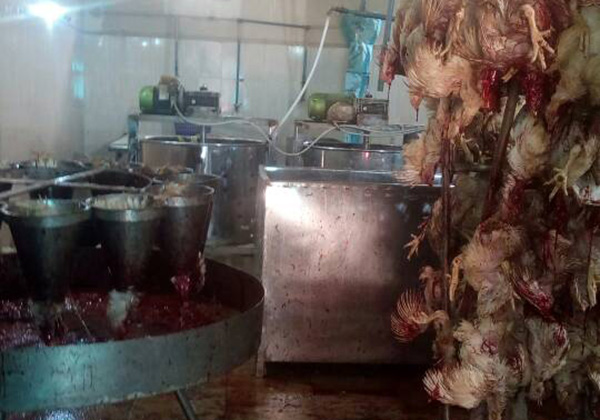 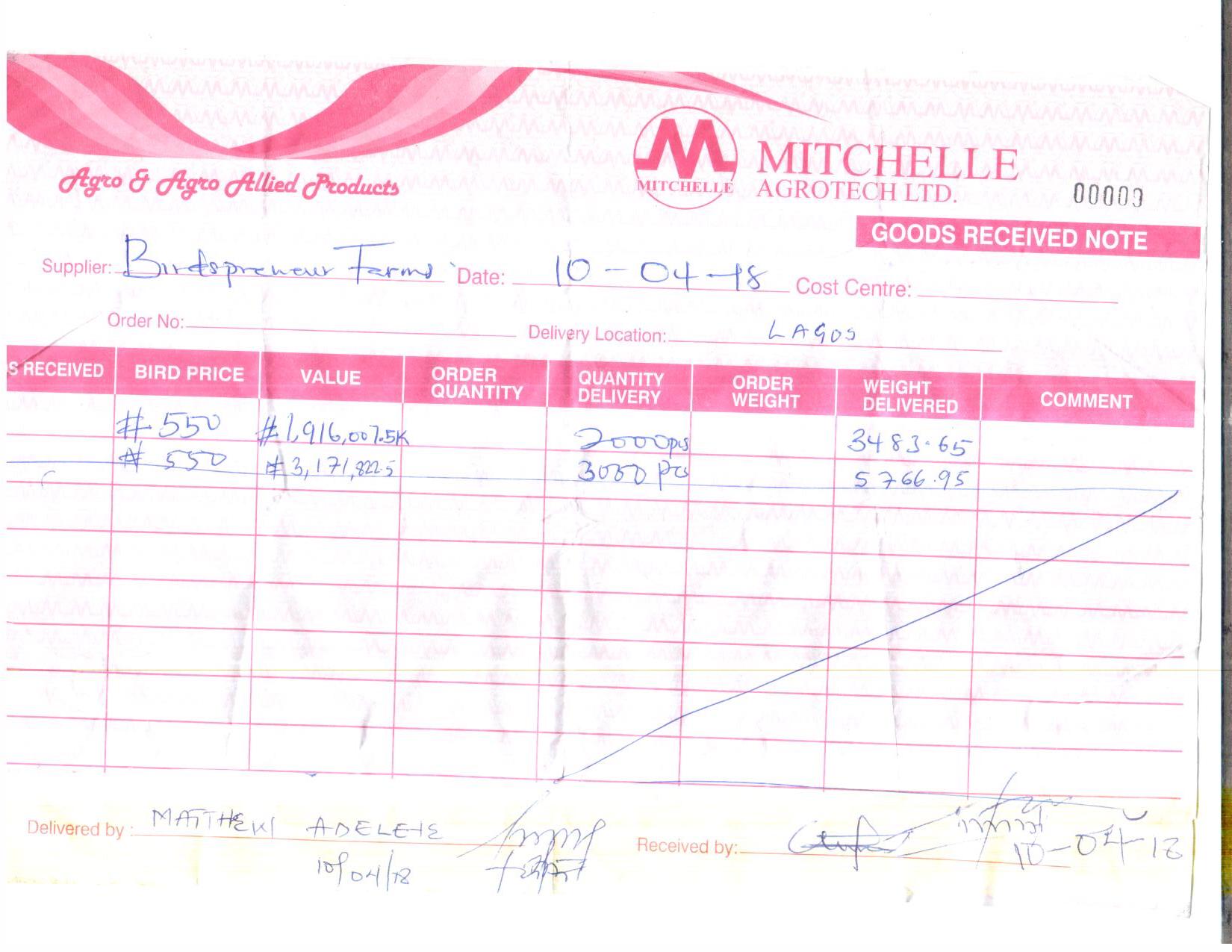 Next up for this experiment, $640 wired to me as profits and 5,000 new baby chicks to repeat the process.  The goal is 5 cycles within 12 months.  If they all go this well, we’ll have produced 25,000 chickens while earning a total financial return will be more than 20%.

Two months after the chickens were picked up by the buyer, and we’re still waiting for the payment to arrive.  Mitchelle Agrotech Ltd. has provided a lot of excuses as to why their payment is late, but no timeline on when we’ll be receiving the money they owe.

We can’t buy the new chicks and start a new cycle until we are paid, so for now we are stuck and dealing with lawyers rather than raising chickens.  More to come when we have more news.

Stay tuned for further updates and ask your questions below.

With a coronavirus pandemic hotspot in Seattle and global travel on hold for a whole, we’ve started Fledge16 and its matching Angel Accelerator online. 9 companies based in 6 countries: From left to right on the map above: Bricolage Recycling glass into sand. South Carolina, USA. Tilaa Honey and cashews. Talame in Northern Ghana. Agromyx Powered fruit and grains. Accra, Ghana. Build...

The Opportunity is Africa is a new podcast bringing you stories from African entrepreneurs and investors, highlighting the many business opportunities that exist across the continent. Syndicated by the Africa Business Radio podcast network, a graduate of Fledge, as are the first five interviewees. Also check out Luni’s posts on the Energy, Opportunities, and Hurdles for Africa. You’ll...